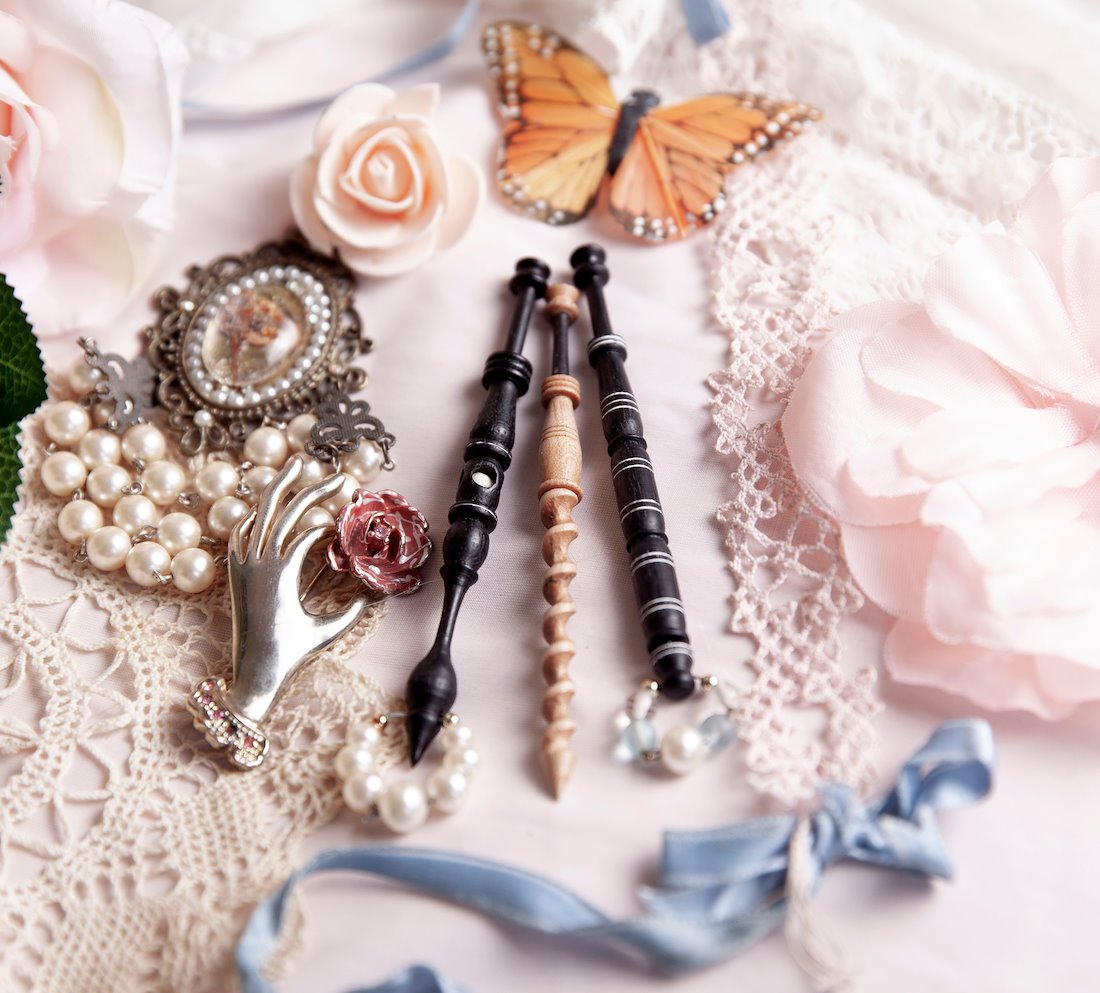 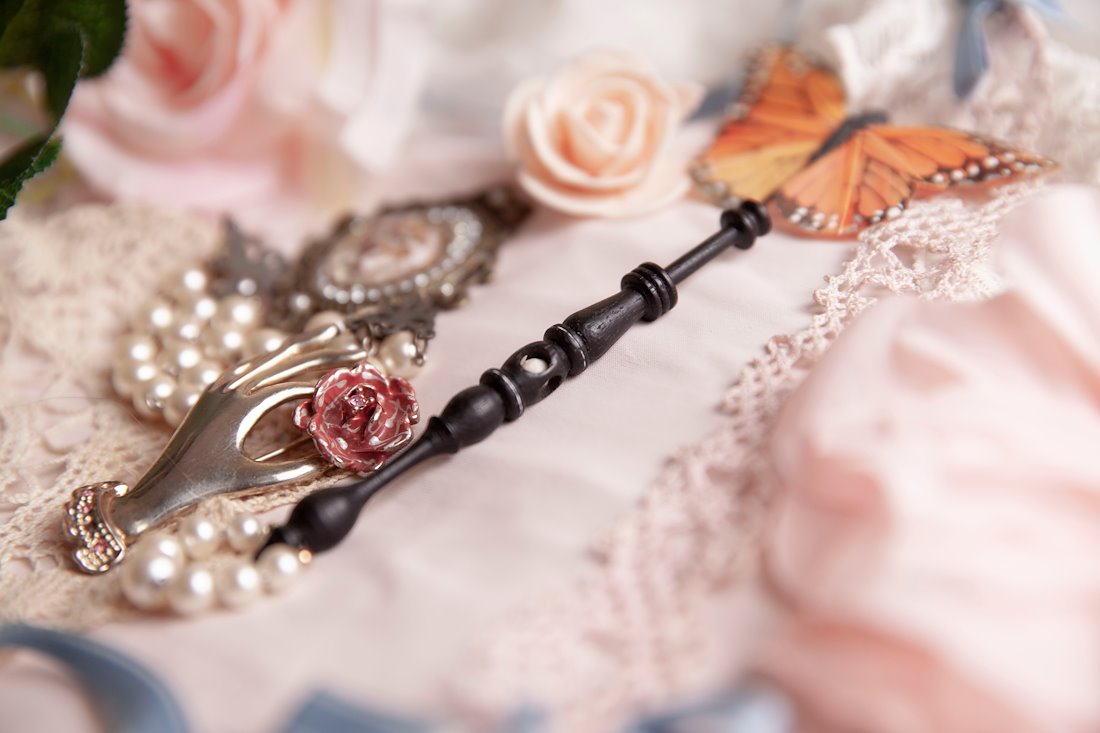 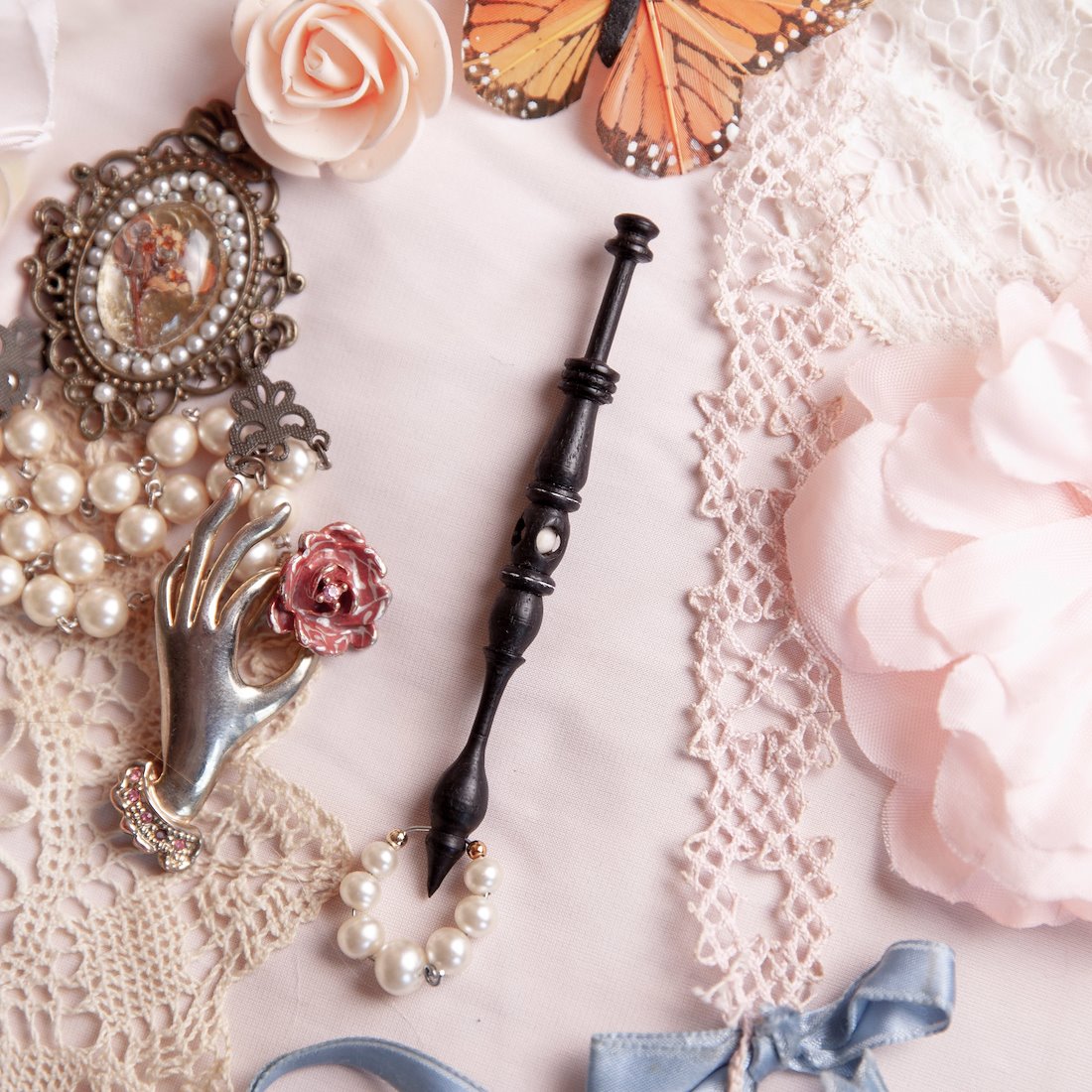 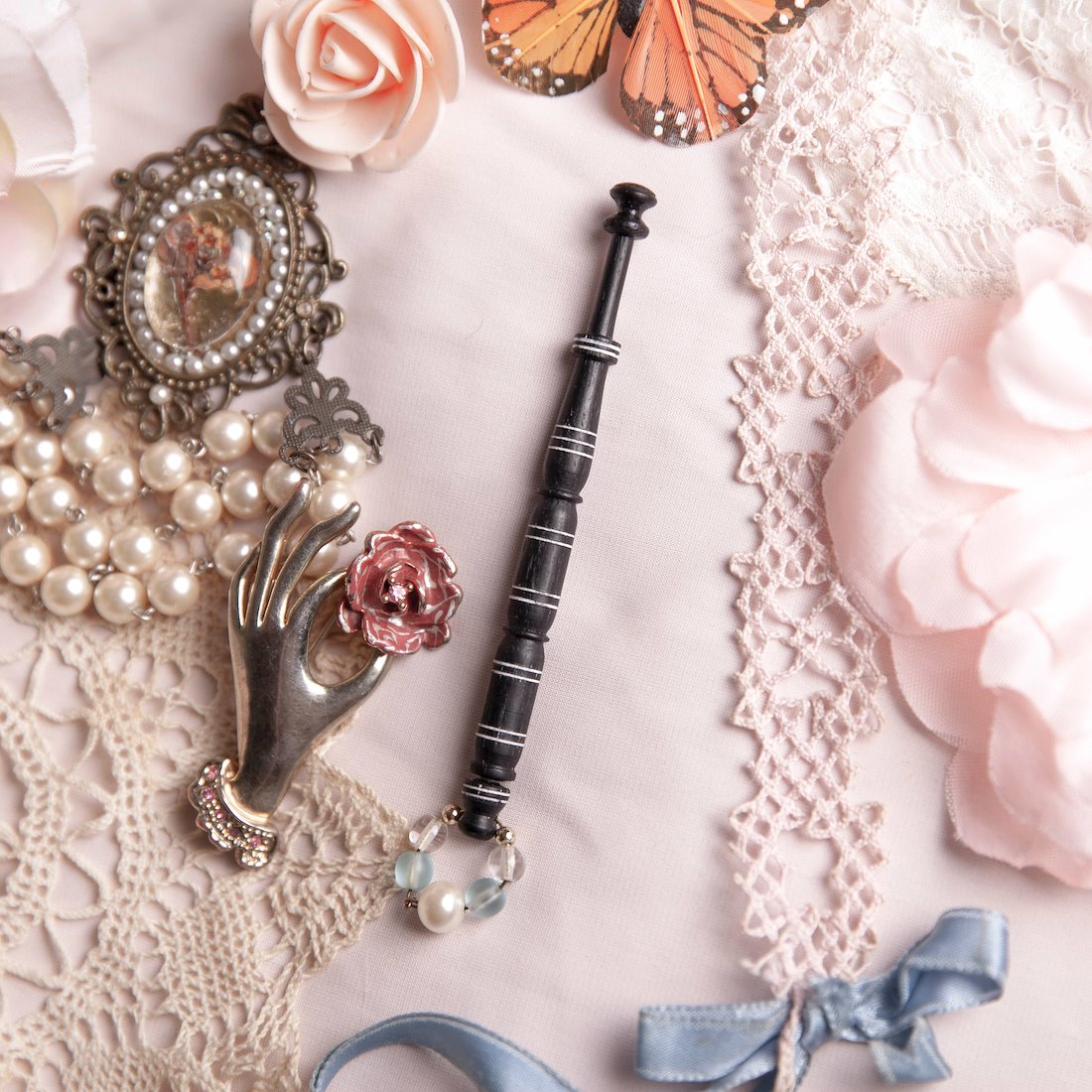 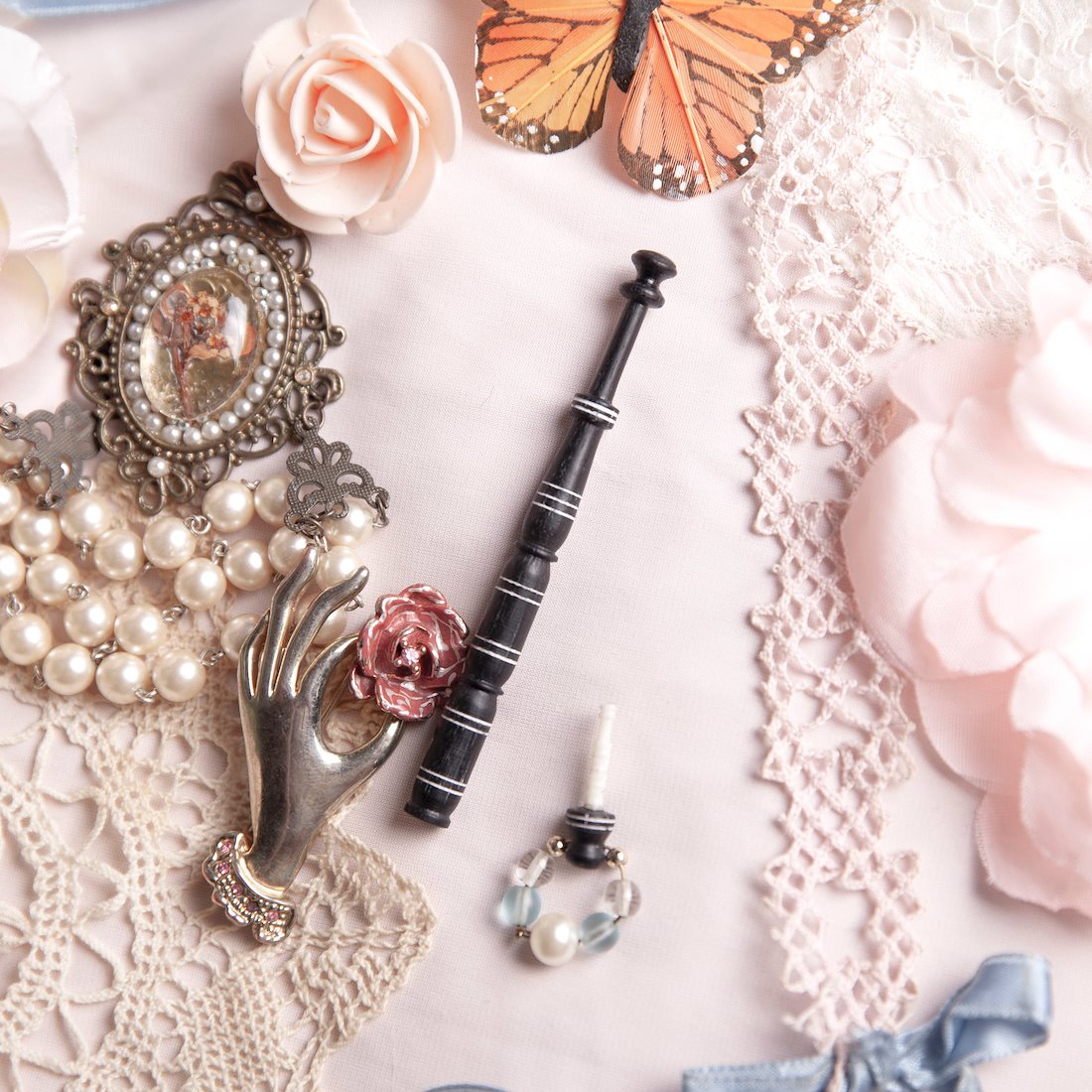 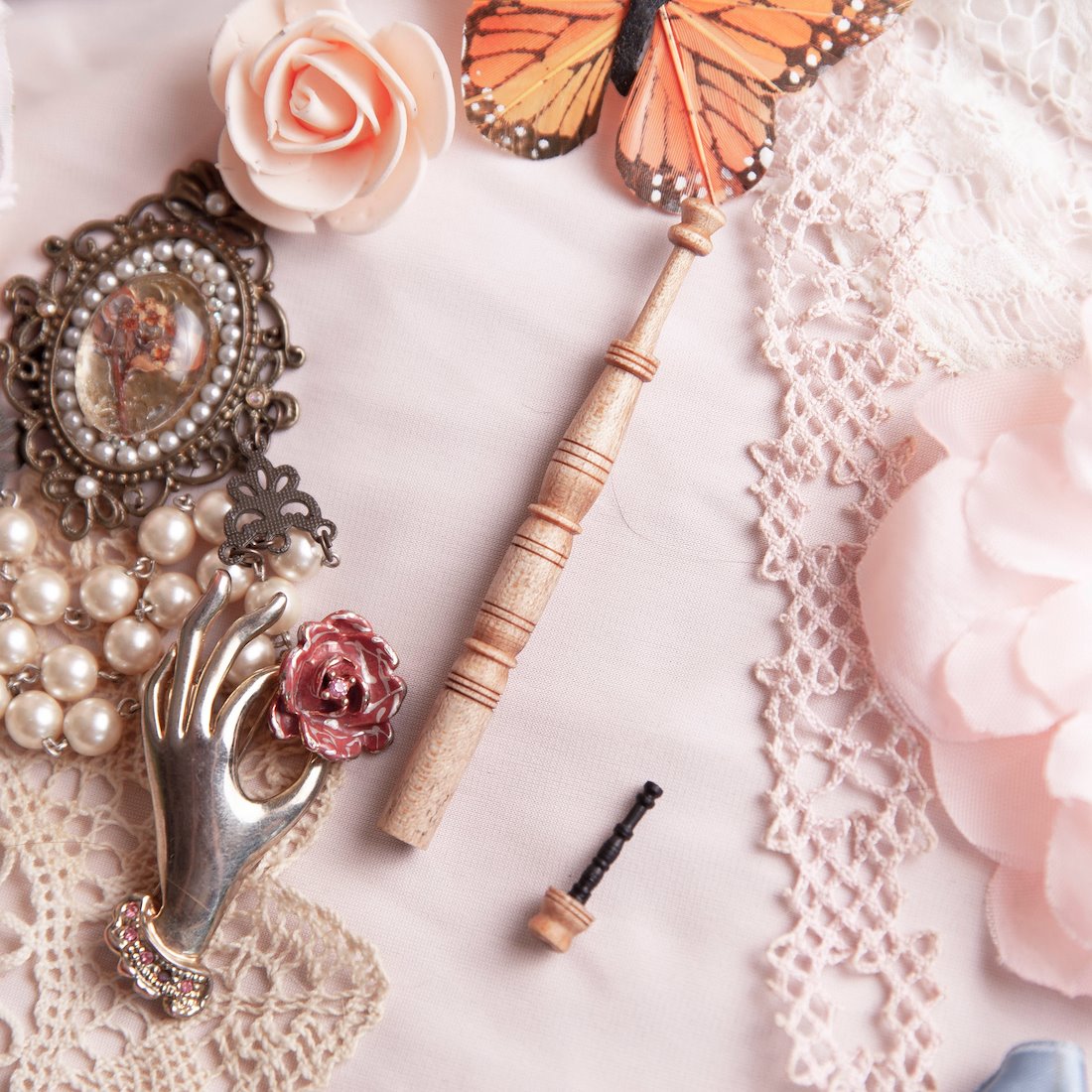 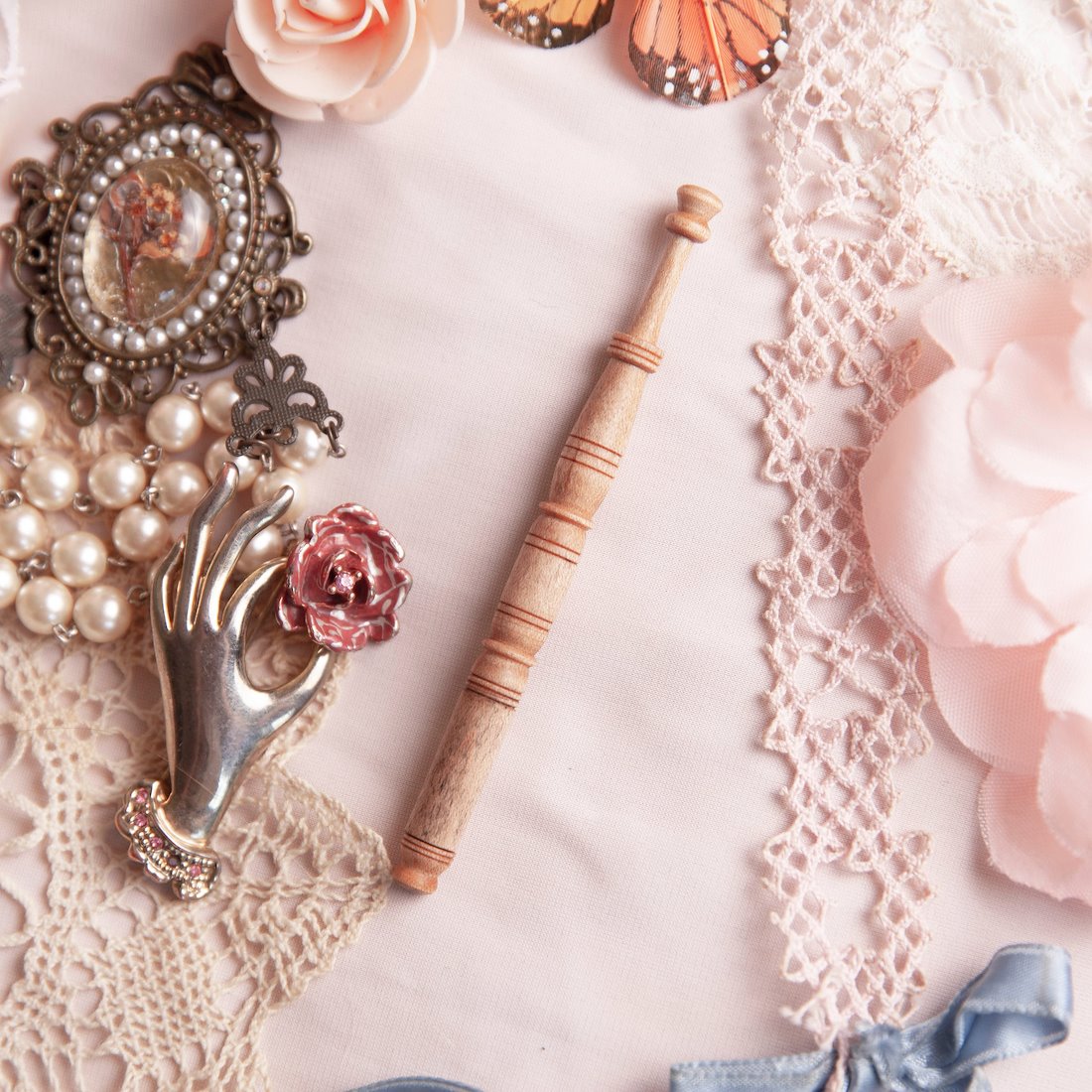 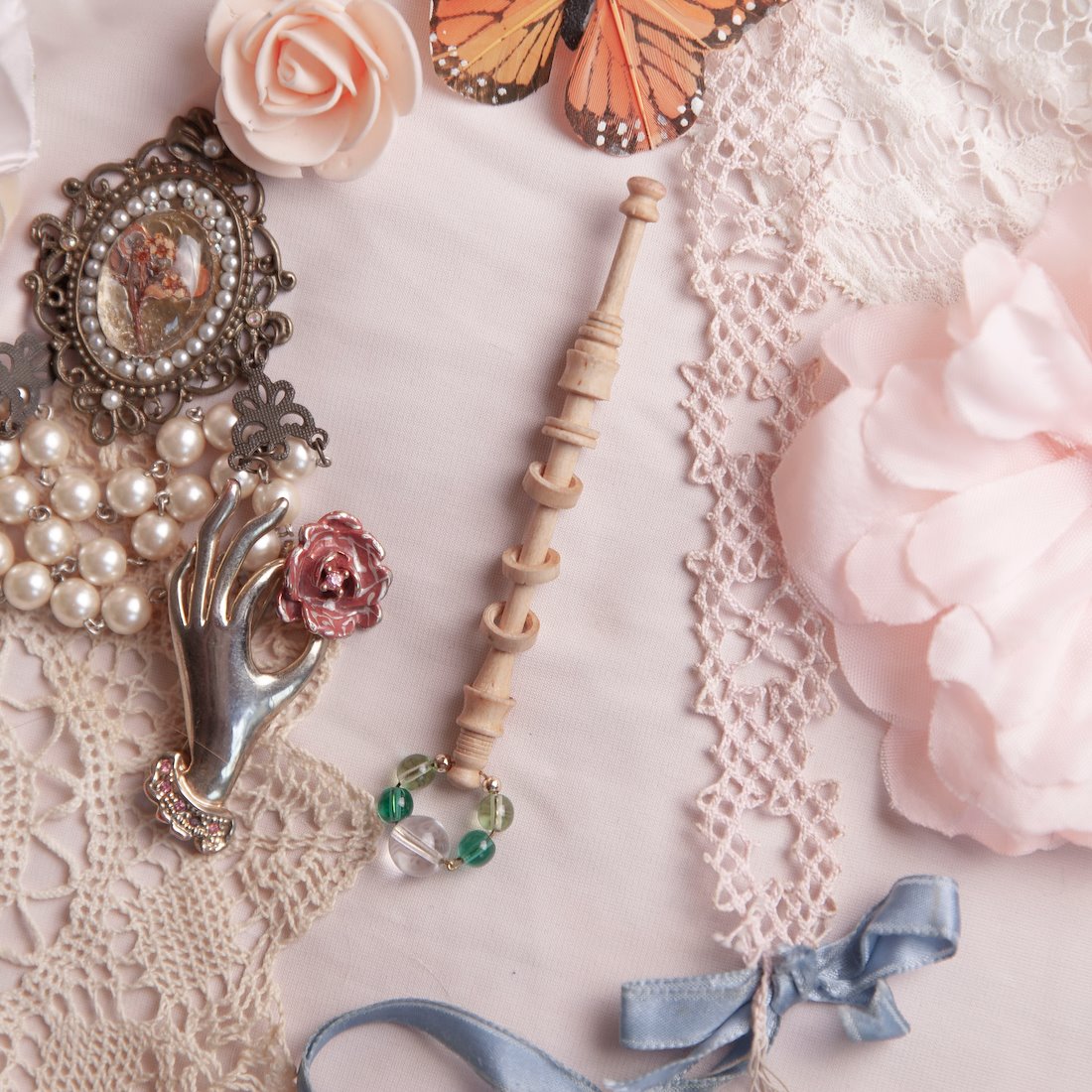 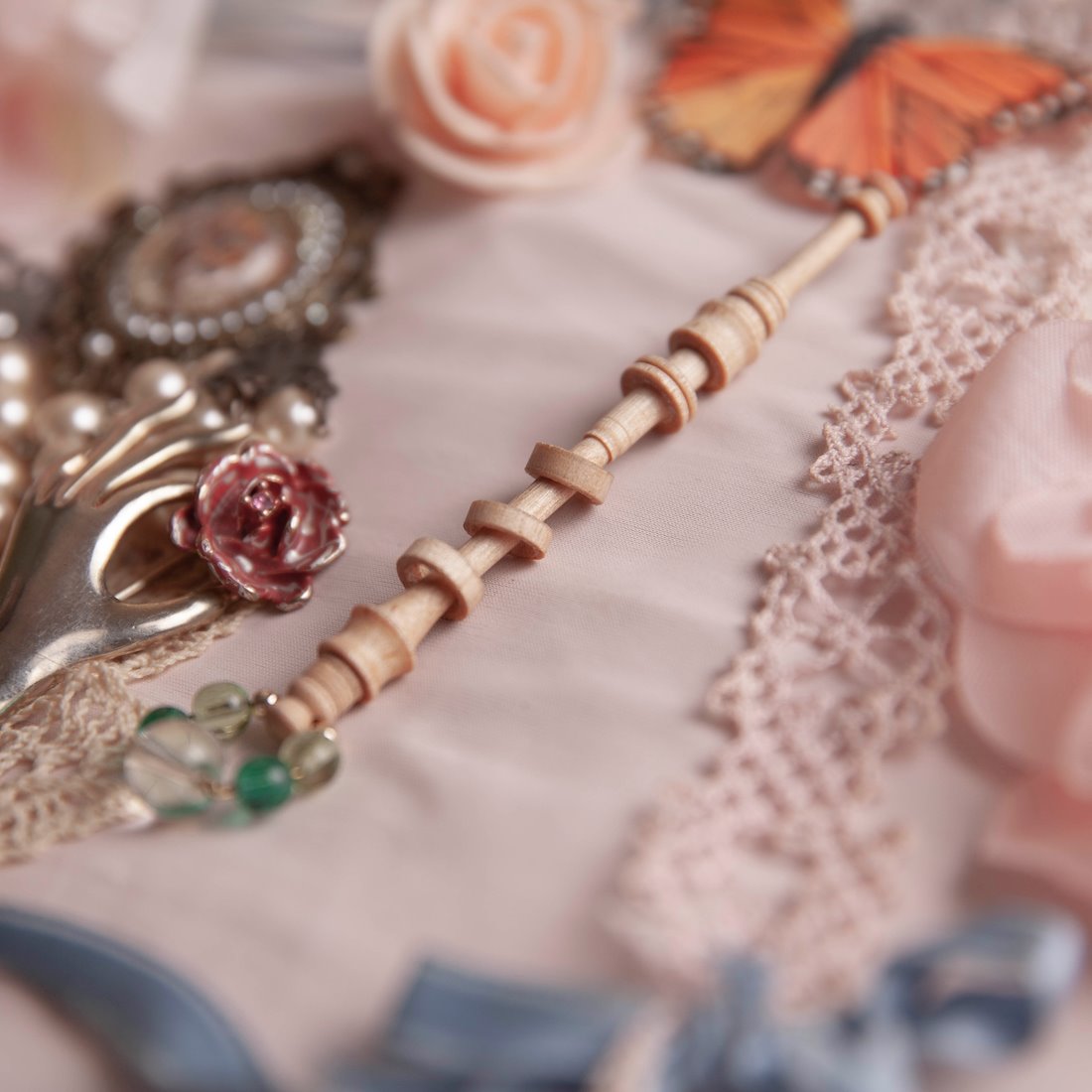 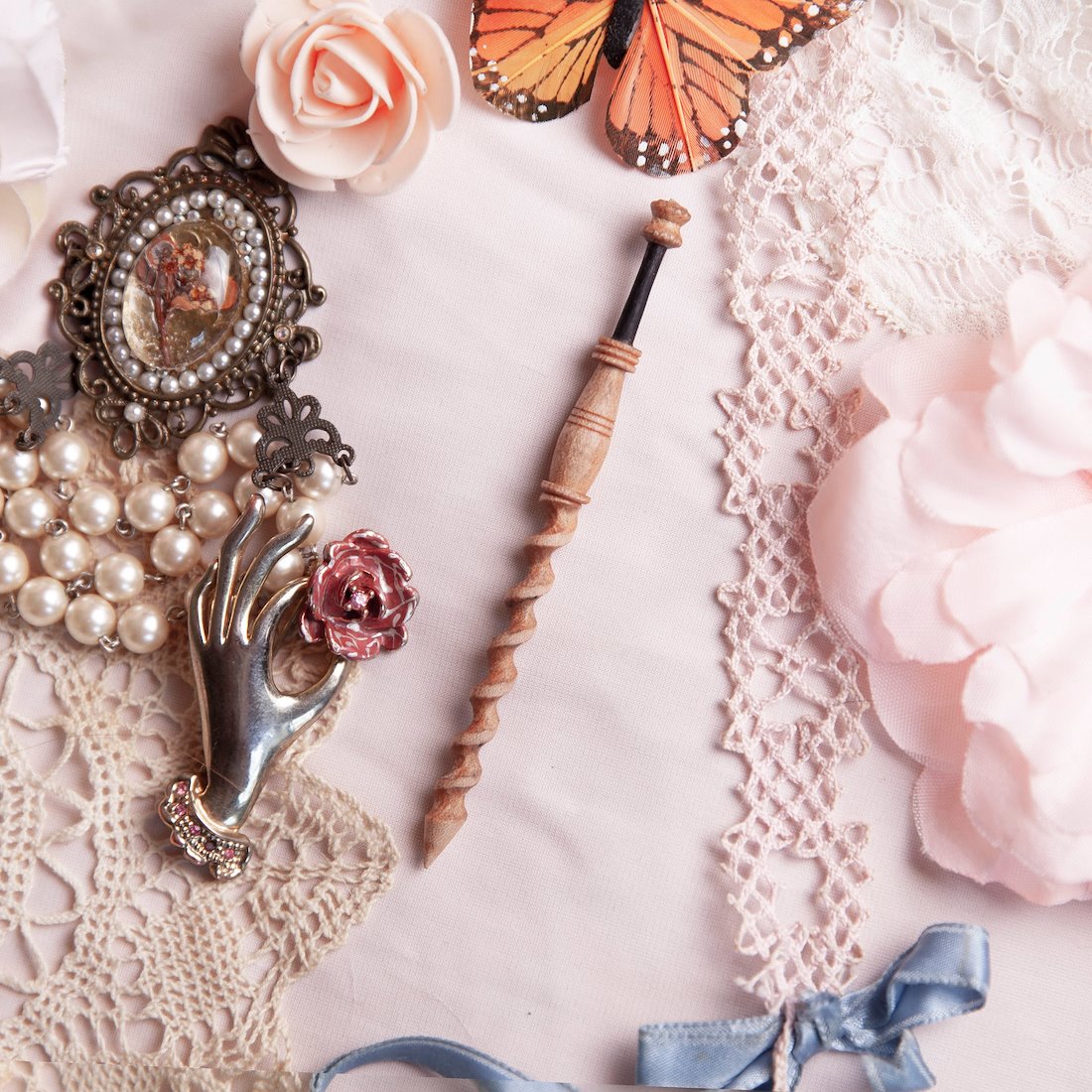 If you are interested in purchasing some, please visit the Rose & Spider web shop!

The idea to make bobbins had been on my mind since I first was introduced to lacemaking. I recall being particularly fascinated by the elaborately decorated and spangled English bobbins from the 19th century–to me they were both a tool and a small work of sculpture. I began collecting some of these antique bobbins and used them exclusively for making my lace projects. After spending so much time working with them, the seed was planted to one day craft my own.

With Rose and Spider, named for two of my favorite motifs in lace, I aim to create bobbins that are small, beautiful, functional works of art–much like the musical instruments I work to restore. I am currently working on a small line of bobbins that will be offered as standard models, but I am of course open crafting anything your imagination can come up with! Stay tuned for some exciting collaborations as well, including some hand painted bobbins by lacemaker and historian Elena Kanagy-Loux and some custom made spangles by jewelry designer Mallory of Voodooodolly.